Focus on small and affordable apartments

BEIRUT: Most real estate developers are shifting their construction activity outside Beirut in a bid to focus on small and affordable apartments, Bank Audi said. “The share of Beirut out of total permits moved down to just 8 percent in 2014. A slowing property market yet does not mean activity is nonexistent. It just obeys to the overall politico-security mood and buyer sentiment,” Audi said in its report on the real estate sector in Lebanon.

The economic slowdown and the limited purchasing power of most Lebanese working force has induced real estate developers to invest in small- and medium-sized apartments outside the capital.
Most mega real estate projects in Lebanon came to halt amid very low demand for luxury apartments. 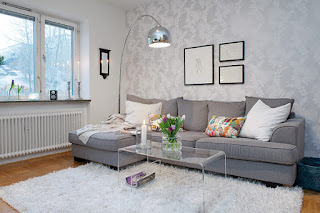 “And since locals are the ones driving the market nowadays, sales in the small to midsize property market are the ones shaping supply trends,” the report explained.
It added forthcoming projects would be fewer in Beirut than they were a few years ago in favor of Mount Lebanon and the south.
“Quite a few developers have had to adapt to this new reality, and have started to construct smaller properties in the hope of capturing new demand. Construction permits edged 18.5 percent lower in the first seven months of 2015,” Audi added.

The report noted that the Lebanese real estate sector has lately been witnessing an accentuated slowdown in activity against the backdrop of heightened political bickering and still elevated realty prices on the internal front, and the repercussions of the ongoing war in Syria on investor and buyer confidence on the external front.
“Lebanese resident buyers are keeping the market afloat, with the more limited financial means they have compared to Gulf nationals or even Lebanese expatriates meaning less space is being bought. Property sales value trends perfectly reflect a lower number of sales transactions, with the latter diving by 13.4 percent in the first seven months of 2015,” Audi said.
The report stressed that Central Bank’s stimulus package has helped to a great extent keep the real estate market relatively stable.
“With prices still high in practically all residential areas, a persistent gap between property prices and the income per capita of Lebanese residents has been more or less plaguing sales, regardless of the overall buyer mood. This is where BDL has been injecting a breath of fresh air into the market, launching a welcome initiative by all stakeholders concerned a couple of years ago, consisting of an economic stimulus package of which a non-negligible chunk allocated to housing and aiming to boost economic growth amidst currently prevailing difficult conditions.
BDL recently announced yet another round of stimulus measures for 2016 amounting to a record high $1.5 billion (of which a significant portion of housing loans), which is expected to extend the win-win situation for all parties involved in the realty market.”
Audi added that the shift to smaller apartments is quite natural under the current circumstances although the demand for the smaller units has reached their high points.
“Large-sized flats are much less demanded nowadays, and sales in the higher end segment of the market are more or less frozen, a few exceptions aside. This does not mean that the smaller sized flats are selling like hotcakes. These are actually also feeling the pinch of the local market slowdown,” the report said.
Audi emphasized that despite the drop in real estate transactions the prices of housing units
“The reasons behind the sticky prices are three-fold. First and foremost, the profile of buyers has a big role in shaping the stickiness or resilience of prices. These consist mostly of locals seeking to buy a property to live in it, rather than invest for a relatively short period of time and make an exit to cash in some gains,” Audi said.
It added that it is widely estimated that speculators do not account for more than 20 percent of total market activity on the overall, and thus have a limited role in shaping market pricing.
“Second, property developers themselves are not heavily indebted toward banking institutions when it comes to their construction projects. While some do resort to banks to fund their building activity, the majority relies on self-financing rather than bank debt, otherwise on pre-sales which help them finance projects by injecting future residents’ funds,” Audi argued.
The third factor, according to the report, is due to the small size of Lebanon and limited available lands for construction.
“With Lebanon being a small country with a more and more limited number of virgin plots available for sale, the cost of land is certainly not on its way down. This implies a structural support for flat prices,” Audi said.
© Copyright The Daily Star 2015. 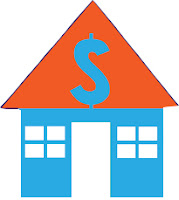 Find Good Deals on: http://www.sodeco-gestion.com/en/real-estate-hotproperties
Posted by Sodeco Gestion at 05:49